The Lost versus the Faithful: An Interview with Abp. Luigi Negri

Editor’s note: The following is an interview with Archbishop Luigi Negri, formerly of Ferrara, Italy, who resigned from his leadership of that archdiocese shortly after accusations arose that he expressed a desire that Pope Francis die for the good of the Church. Archbishop Negri fiercely disputed the allegations. He is also a signatory of the joint statement by three Kazakhstan bishops insisting on Church orthodoxy regarding marriage and the Eucharist.

Lorenza Formicola (LF): If evil exists, then hell exists as well. Even within the Church, however, there is this growing belief according to which it is not a real and tragic possibility. Rather, an image of Jesus Christ who agrees with everyone is spreading around, and divine mercy, at the end of the day, can erase everything. Our Lady of Fatima chose to show Hell to the three little shepherds, and there are countless references of Our Lord to eternal damnation. Why does it seem to be disappearing from the horizon of the Four Last Things and of Catholicism?

Archbishop Luigi Negri (ALN): The awareness of the existence of Good as the expression of man’s positive will toward himself and toward God shows the realistic knowledge of the human experience. This realism, however, implies necessarily the awareness that man – along with the awareness of Good – can deny his relationship with God and replace His presence with various forms of idolatry. Along with the existence of Good, therefore, there exists also its negation by men.

The human experience is expressed both in the positivity of Good and in the tragedy of the human freedom, which can even refuse Good – in other words, in the negativity of evil. This is true primarily and fundamentally because man is endowed with an incoercible freedom of his own. If the fact that man can freely choose to do good and freely choose to do bad is an ineluctable truth, reason and logic require that man also freely take up the responsibility of doing good and of doing bad, which he performs with no misunderstandings, confusion, or wrong equivalence.

This is why those who perform evil and at the same time deny the existence of Hell do not take up the responsibility of exercising their freedom. The negation of Hell is a placebo apt to anesthetize the conscience, in order to run away from one’s own responsibilities. Whoever denies Hell is running away from his sense of guilt and from the desperation deriving from the evil performed.

L.F.: Not long before leaving us, Pope John Paul II claimed to be “worried because he thought that the Church in Italy was way too influenced by the ideas of secularization.” What has changed since then? Is the Church secularized or “protestantized,” as denounced by many bishops and cardinals?

ALN: Secularization is an undeniable fact. The progression of culture and of society has had the tendency to put at the center of social life a man who is autonomous, self-sufficient, and self-relational – a human being who does not have substantial reference for his existence, except for his own private conscience. Religion does not have any public relevance or objectivity: we are experiencing practical Modernism in action, by which gnoseologic and philosophic relativism rules.

If secularization is a self-imposing, unquestionable fact, on the other hand, it also offers to the ecclesiastic community a binding challenge: that of becoming aware once more of its presence in the world as bearer of a new human experience, in which – gradually but relentlessly – takes place the news brought about by Christ in the world: God Who becomes man, suffers, is crucified, dies, and rises again for the salvation of men.

In short, secularization – as well as all the difficulties throughout history – becomes a challenge apt to awaken the identity of the Church and of its mission. This was the brilliant contribution of Saint John Paul II, which was also accepted and brought back by Benedict XVI: going from a church-less secularization to a secularity filled with the evangelizing strength of the Church. Christians and people of goodwill could never be adequately thankful to these two popes who have helped the Church to come out of a complex of inferiority toward the world – a situation that nowadays – just as 30-50 years ago – grips the Church with forces and means new only in appearance.

The Church is clearly called to come out of this complex bringing forth the Natural Truth, which allows us to see ourselves as creatures in front of a Creator. But more than anything, the Church needs to bring forth the novelty of the Revealed Truth, which allows us to look up to Christ as the Redeemer of men – that is, the one who gives men back to men by giving men back to God.

L.F.: The battle against virginity and chastity, then divorce, abortion, euthanasia, homosexual “marriage”…on both sides of the Catholic Church it is thought, more or less, that these are “irreversible” processes. Is it true, though, that history goes on in a linear way, as we were taught by the illuminists?

ALN: History is never an automatic, irreversible process determined by the iron logic of ideology or by the clash among material, philosophical, or social forces. History is a complex and articulated route, sometimes contradictory, that must provide for the existence of a free being. The protagonist of history is man, and although he is not the only one, he is real, and he is present with his relentless freedom and, as a consequence, his courageous responsibility. To look at history in a linear manner is to call out its two main protagonists: God and man. Unfortunately, these are exactly the terms in which modern times look at history.

Getting over any mechanistic or automatic vision of history would be the beginning of the overcoming of the crisis of modernity: being able to look at and build a new history, deriving from responsible freedom of men open to transcendental research. The hope is that however history is conceived, it remains exactly what it is – to put it the way Romano Guardini did, a new epoch that does not have a name yet but exists in all its reality nonetheless.

L.F. Why don’t we hear about non-negotiable principles anymore? Are they just secondary battles?

ALN: As stated before, a part of the Catholic world is suffering from an evident inferiority complex toward mainstream ideological conformism, and this is the reason why it seems that the Christian presence is totally subdued to a laicistic and Masonic vision of reality, instead of viewing the Christian experience as animated by the desire of evangelization.

By failing to proclaim the non-negotiable principles, the Church contributes to the impoverishing of the human and social experience as a whole.

L.F. First the “dubia,” later the “correctio filialis.” The Polish episcopal conference came together to talk about and to write a document that gives some guiding lines to the reading of the apostolic exhortation Amoris Laetitia and also a “Profession of the Immutable Truths about Sacramental Marriage.” Why are there so many doubts and perplexities within the Church?

ALN: I think it is necessary to retrieve and – as much as it is possible – to actualize that last teaching of Benedict XVI known as the Benedict option. In between two different temptations (that of creating a private Catholic power within society and that of retiring in the private spot of one’s religious conscience), there is a main road dictated by the Benedict option. This is the existence (or the resistance) of small communities, which can be born in the world by following – with new manner and pace – the tension to live the experience of the Christian news and also communicating it inexorably to men and to society. It would really be serious if someone were to fight the rising of such a community of followers of Christ, real children of the Church. It would mean to fight against God.

The Church nowadays is called to live, therefore, a dimension of benedictinism apt to give back the life of the Church to the radical truth of the “ora,” since from this derives – in a new manner – the renewed experience of a real “labora.” This is the real significant point of the life of the contemporary Church.

L.F. Can the search (sometimes just for politeness) for the “lost” sheep – those who do not want to be found – hinder the faithful sheep?

ALN: I deem your wording to have quite some depth and irony. Throughout the 2,000 years of its history, the Church lived through the tension of going out to meet all men – even the farthest away – to speak to them about Christ and to make them closer, without ever forgetting – and safeguarding – its own flock and without letting it be lost among the mountain wolves. From my point of view, this must also be true today, just as 2,000 years ago. 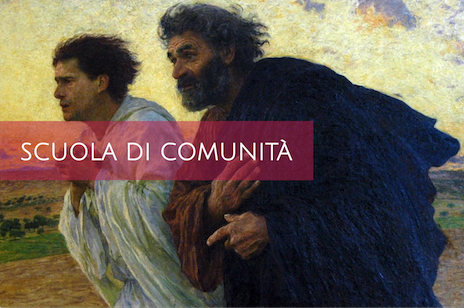 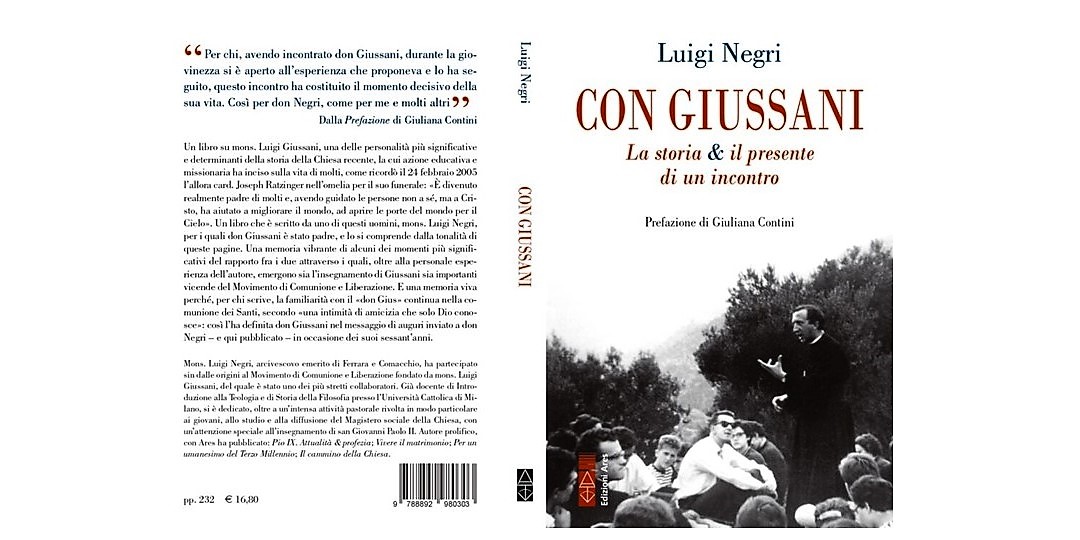